The Omicron variant is dominating the surge around the world, it is continuing to push health systems in several countries to the verge of capacity. According to Reuters, global Covid-19 cases have surpassed 400 million on the 9th of February, and 6,177,000 reported deaths caused by the new variant. Although cases have begun to level off in many countries, more than 2 million cases on average are still being reported each day. In terms of deaths, the rate has increased by 70% in the last five weeks based on the seven-day average.

With the emergence of the Omicron variant, the Southeast Asia region saw the largest increase (145%) in new cases in the second week of January, as stated in the weekly epidemiological updates by the World Health Organisation (WHO). Up to the present, the number of new weekly deaths have continued to increase in South-East Asia (67%).

Regarding the new variant, researchers at Hong Kong University found that Omicron replicates up to 70 times faster in the human bronchi compared to the Delta variant. In contrast, Omicron replicates less efficiently (more than 10 times lower) in the human lung tissue than the original SARS-CoV-2 virus, which may suggest lower severity of disease. However, it is important to note that the severity of disease in humans is not determined only by virus replication but also by the host immune response to the infection.

Adding on to the statement above, despite the lower severity, a heavy rise in infections causes a significant increase in hospitalisation, severe disease and even death. That said, these effects are becoming increasingly frequent and it is likely to continue in the coming weeks. In terms of reinfection, a new report (Report 49) from the Imperial College London COVID-19 response team estimates that the risk of infection from Omicron is 5.4 times greater than the Delta variant. In other words, reinfection with the Omicron variant is 81% likely to occur. 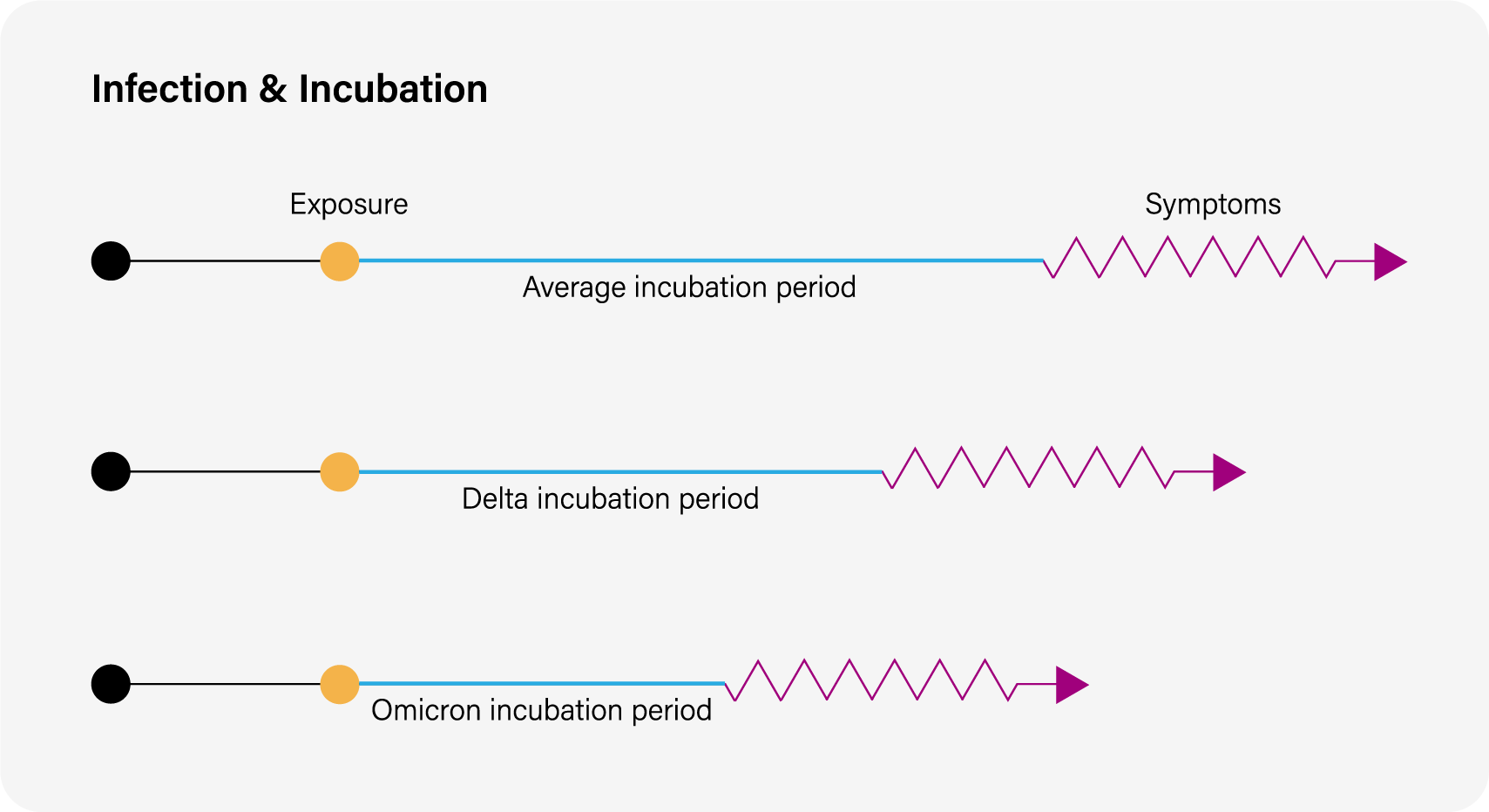 Facing the rising amount of infections, government bodies around the world are being more lenient with quarantine rules. In an effort to restore their economies back into some version of normality, they have dialled back the pandemic-era emergency support. In France, Spain, and Germany, the Health Ministries have reduced the isolation period from 10 days to 7 days for vaccinated people. Moreover, the people of France are allowed to shorten their quarantine to 5 days if their PCR tests come back negative. This course of action is justified by Omicron’s lower severity, as well as the masses ability to recover swiftly from the Omicron infection. In addition, health experts have mentioned the variant’s timely spread could usher a turning point in the pandemic. Nonetheless, it depends on how the authorities manage vaccination rollouts, as well as to balance necessary health measures.

Regarding Omicron’s progression in Malaysia, the number of new cases daily outpaces active cases. To illustrate, on the 7th of February, the country had 74,515 active cases, in merely a week’s time, active cases rose by 55% (168,447). At this rate, Malaysians are nearing the peak of the Omicron wave. Understanding that Omicron has a faster infection rate, but lower severity, the Ministry of Health in Malaysia has foreseen the results and has prepared the nation. 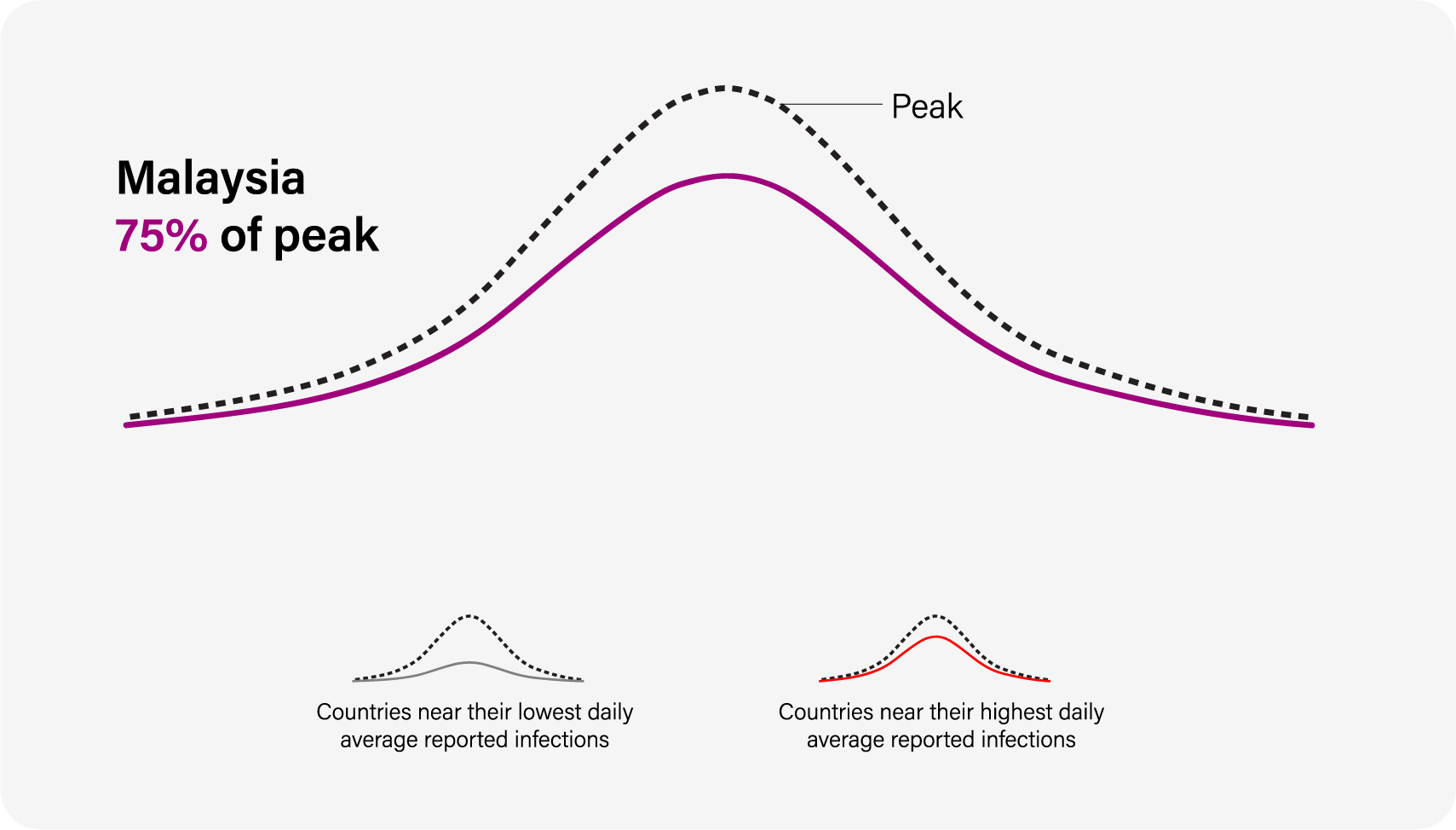 Following the footsteps of other countries, the Ministry of Health in Malaysia has been cautiously optimistic in easing the quarantine rules. For example, close contacts will only have to quarantine for 5-7 days depending on the presence of symptoms. Apart from that, Malaysian citizens will not need to do temperature checks in the near future. However, the country’s MySejahtera app is still a necessary tool to keep track of the spread. Among other things, the National Rapid Response Task Force (RRTF) has been reactivated to face the current Omicron wave. Essentially, the task force conducts preliminary measures in curbing the spread, such as preparing sufficient Covid-19 beds, building field hospitals and so on.

Above all else, the Minister of Health, Khairy Jamaluddin has been urging citizens to get vaccinated. According to a study released by Discovery Health (an insurance company in South Africa that covers 3.7 millions people), vaccines provide less protection against the new strain. In fact, two doses of the Pfizer vaccine were only 33% protective against infection overall, but 70% effective in preventing serious symptoms that lead to hospitalisation. To put it another way, the risk of hospitalisation from the Omicron infection is 29% lower in fully vaccinated adults, compared to the original strain.

Despite being vaccinated or unvaccinated, home quarantine has become a norm for those who have been infected or in close contact. As of 13 February, among 91.9% (143,076) of the infected are under the Home Surveillance Order (HSO). Those who are under Category 1 and Category 2A are required to undergo home monitoring or recovery programs. In light of that, telemedicine is becoming increasingly crucial to both patients and doctors; to be monitored and to monitor. 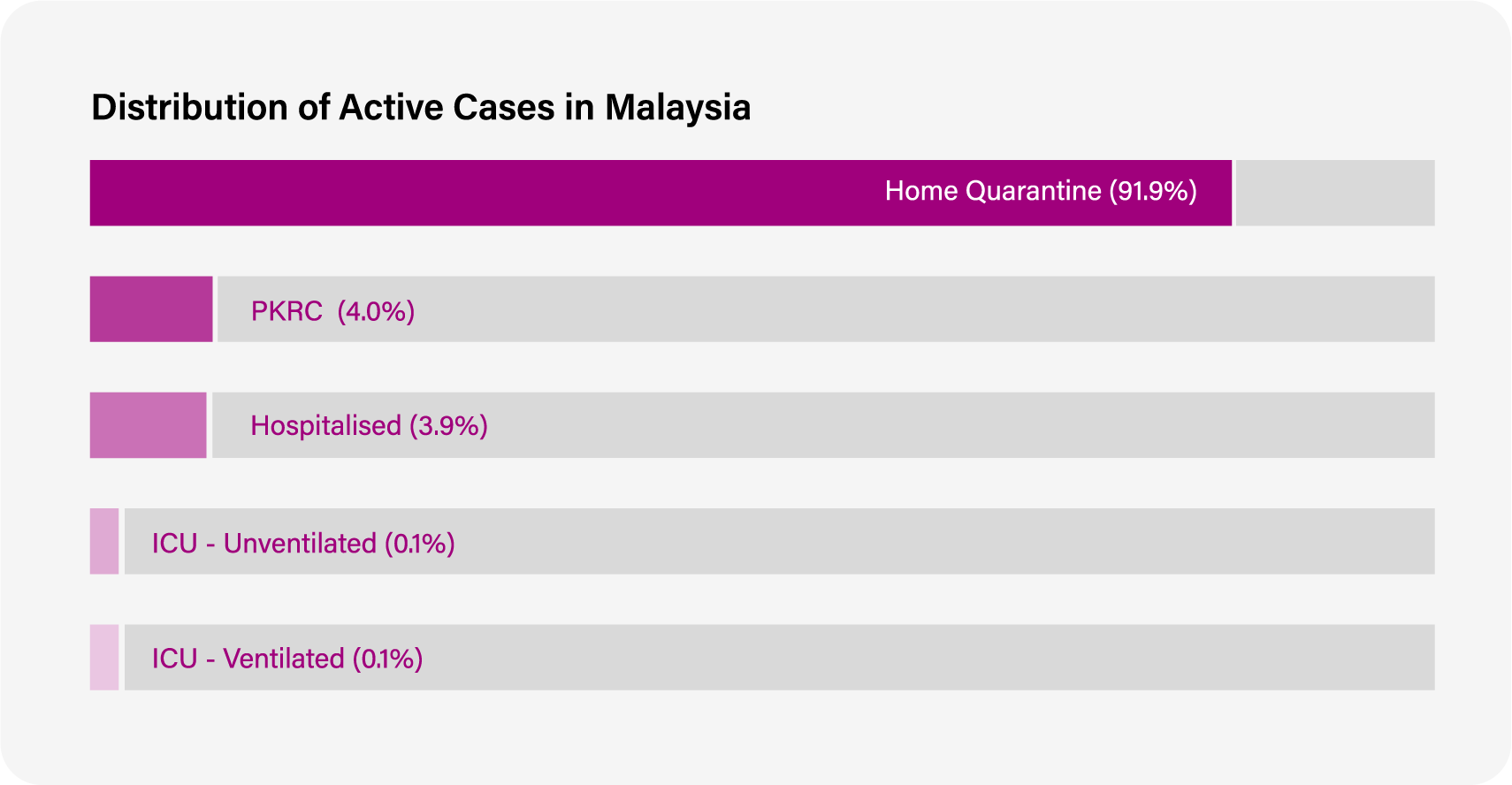 On the iMedic™ Digital Health platform, patients will be able to consult doctors without being present at a clinic or hospital. Especially the Home Monitoring Program for Covid-19 patients, doctors will be able to monitor patients remotely. This means breaking the chain of infections would be more achievable. Additionally,  iMedic™ uses Internet of Medical Things (IoMT) technology, as well as electronic medical records (EMR).

With innovations in health technology,  iMedic™ allows patients to record their vital signs with ease, while doctors will have access to newly uploaded vitals as well as patient records. Most importantly, patients can recover in the comfort of their own home with everything they need on the iMedic™ for Patients app. For doctors, advanced patient monitoring is achieved via automated systems and real-time notifications on the patients’ vitals. Beyond Covid-19, doctors will be able to tailor their offering on the app, thus allowing doctors to reach patients past the clinical setting. At a glance, iMedic™ is a one stop solution that connects patients and doctors.